What's My Birthstone?: The Only Guide You'll Ever Need 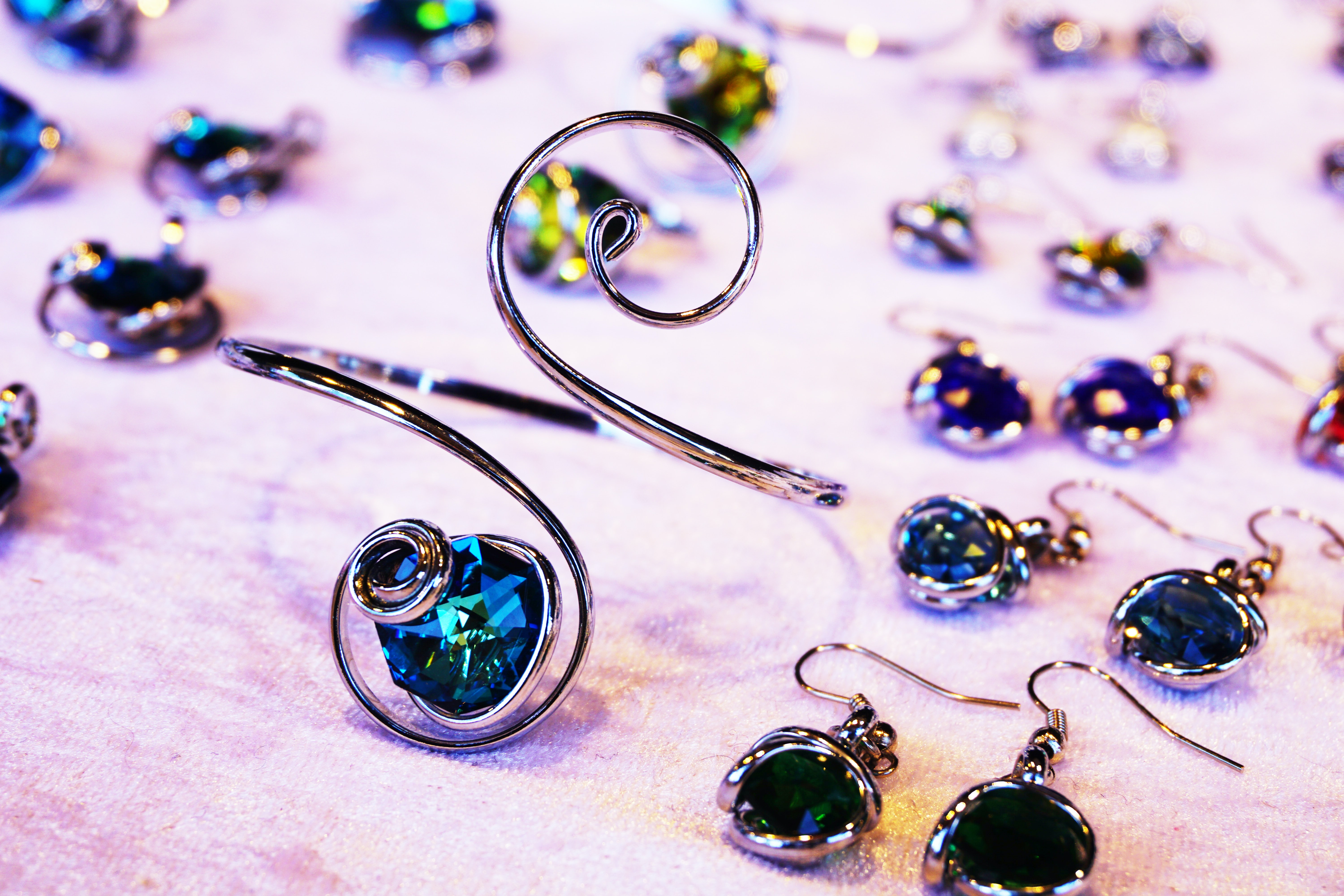 If so, you're certainly not alone. It's said that birthstones became a thing in biblical times, around the age of Moses and his brother, Aaron. Aaron, who eventually became a high priest, wore an ornate ceremonial breastplate that included four rows with three stones in each row.

What did those twelve stones represent? You guessed it—the twelve months, or twelve Zodiac signs. (They also represented the twelve tribes, and the twelve sons of Israel.)

Even biblical scholars have a tough time narrowing down which stones were on this breastplate. Was it topaz, ruby, emerald? Or was it sapphire, turquoise, diamond? We may not know, but we've carried the tradition.

Birthstones became especially popular in Poland in the 15th century. Then, wearers of birthstones would have all twelve months' birthstones—not just their birth month—and they'd wear the appropriate one each month. This act made the birthstones' power all the more potent.

And here we are today, still donning our month's stone, gem, or jewel. Which belongs to your month?

Keep reading for a breakdown of birthstone jewelry in modern times.

January's birthstone is the beautiful, deep red stone of garnet.

Garnet has been used as a gemstone for well over 5,000 years. It's a durable stone that is often sold untreated. It's also often a second-anniversary gift, meaning it symbolizes love, devotion, purity, and harmony.

February's birthstone is amethyst, an opaque purple stone. The Zodiac signs for February are Aquarius (dates mentioned above) and Pisces, which ranges from February 20 - March 20.

Amethyst is by far the most popular of the purple gems. It's also notably popular for its apparent healing properties. Every year, millions of dollars are spent on amethyst crystals for this reason, providing buyers with peace of mind and mental clarity.

March's birthstone is aquamarine, a transparent blue sea water stone. The Zodiac signs associated with March are Pisces and Aries, which ranges from March 21 - April 20.

The aquamarine stone is commonly known as having a divine feminine, or yin, energy. It is healing and nourishing and often used as a way to deepen meditation. Aquamarine, like its water namesake, is fresh and playful with shifting, harmonious joy.

April's birthstone is a white diamond. Associated with April are the Zodiac signs of Aries and Tauras, which ranges from April 21 - May 21.

Diamonds are the hardest natural substance in the world. Of course, we often associate diamonds with love, purity, and faithfulness—whether to another or one's self.

May's birthstone is the vivid green emerald. May's Zodiac signs are Tauras and Gemini, which ranges from May 22 - June 22.

Emerald, like amethyst, is the most popular stone in its color category. Emeralds have been a desirable stone for over 5,000 years and are one of the most coveted and valuable colored stones there is.

This beautiful green color is a sign of royalty, truth, and wisdom.

The two Zodiac signs for June are Gemini and Cancer, which ranges from June 23 - July 23.

Like the white pearl itself, this birthstone is known for its modesty and purity. They also symbolize wisdom and introspection and are considered by many to have natural healing properties. Some individuals use pearls the same way they'd use crystals for their healing powers.

July's birthstone is another of the famous colored gemstones, the bright red ruby. The two Zodiacs for July are Cancer and Leo, which ranges from July 24 - August 23.

Rubies have long been considered the stone of Kings. Because of this, they are often associated with both power and wealth, as well as a stone of protection. Rubies are observed to have an 'inner light' which has been the subject of many tales of lore.

August's birthstone is that of the pale green peridot. This stone corresponds with Leo and Virgo, which ranges from August 24 - September 23.

Egyptians have called peridot the 'gem of the Sun,' since it's been found in fallen meteorites—which, of course, lends itself to healing properties. It's also been found in Hawaii's volcanic lava!

This stone is often associated with good health, harmony, and peacefulness. It is said to promote good sleep, too. Peridot can also qualm anger, instilling calm, and be a symbol of compassion.

Not only is sapphire a durable, rare stone with a mesmerizing color, but it's also known to many for its healing properties and profound energy. Sapphire can bring mental focus and order, as well as inner peace and contentment. It often symbolizes devotion, too, and is commonly used as an alternative engagement ring stone.

October's birthstone is the kaleidoscope-colored tourmaline or opal. October's Zodiacs are Libra and Scorpio (October 24 - November 22).

Tourmaline is a semi-precious stone that comes in a wide range of colors and symbolizes anything from positive energy and truthfulness to courage, strength, and stamina.

Opals were once the stone of the Kings and therefore associated with good luck, wealth, and royalty. In recent times, however, they've gotten a bad—and unfounded—rap for bringing about bad luck, save for the black opal. Others still consider that the opposite is true and that opals aid in good luck.

November's birthstone is the bright, golden-yellow citrine. Its Zodiac signs are Scorpio and Saggitarius, which ranges from November 23 - December 21.

Its healing benefits are vast—it acts as a manifesting stone; it can calm anger and bring about optimism; it provides mental clarity. Some even say that citrine can aid in digestion and detoxifying your system.

And last but not least—December's birthstone is blue topaz. Its Zodiac signs are Saggitarius and Capricorn, bringing us full-circle.

Topaz is commonly associated with bringing about wealth, but its symbolism goes even further, encompassing love, health, and even astrology. Its healing properties can follow a person anywhere: if worn on the arm, it can protect the wearer from dark magic. If put under the pillow, it can save you from nightmares.

This stone was one that likely donned Aaron's breastplate.

You'll Never Have to Wonder, "What's My Birthstone?" Again

And there you have it—a quick but complete list of birthstones by month.

Not only do you know your birthstone now, but if your friends ever ask, "What's my birthstone?", you can direct them to this guide, or tell them in confidence having read it yourself.

Are you ready to harness the power and energy of your birthstone? If so, Pohl Jewelry Design can create custom jewelry with your favorite stone. Or, you can click here to shop already-made birthstone jewelry.